This Is One Of The Most Powerful Stock Patterns In Existence

There’s no mystery why I named it that.

See where these two lines run parallel inside the circle? 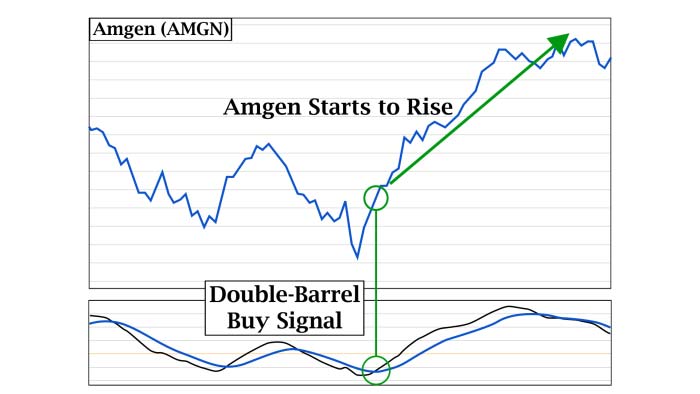 And every time this pattern shows up, it practically guarantees a stock’s share price is going to move.

Now, in the case of Amgen, if you had access to the advanced knowledge my system provides… you could have gone out and picked up shares for $162 when the “double-barrel” appeared…

Then sold them for $165 just three days later. 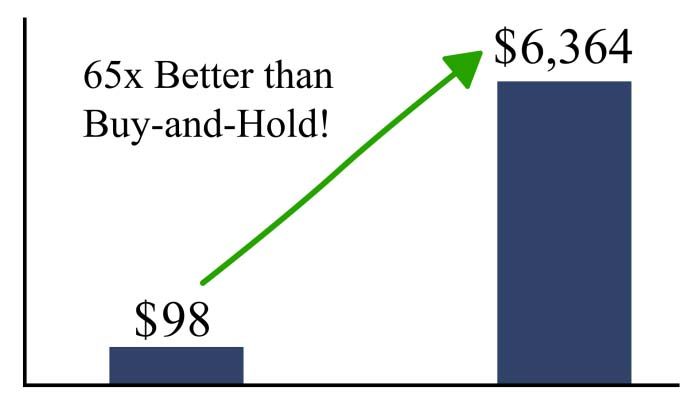 But it pales in comparison to what you could have made if you put the same $5,000 into the 7-minute trade I sent out…

Because it would have allowed you to walk away with $6,300 in pure profit.

On the same stock. In the exact same amount of time.

And it’s all thanks to my Profit Multiplier.

Using this system offers you such a profound performance advantage…

Even if you only invested $500 in this trade, you would have made 6x more than the buy-and-hold crowd did by risking $5,000.

I’m sure I’m not the only one who really likes the idea of having to risk substantially less to make life-changing amounts of cash.

Better still, it’s all possible from reading two-sentences of instructions I send out…

Heck, I make it so simple you can even call your broker and the read the instructions to him word for word.

He’ll know exactly what to do.

You’ll be setting yourself up to see gains of:

…and other big winners that delivered total profits of 30,231% to my readers in only six years.

We’ll show you how during the Velocity Profits Summit.

Including a special gift from myself…

And the details on Jeff’s promise that when you use my Velocity Profit Multiplier, you'll have the opportunity to walk away with total gains of 5,000%...

In the meantime, make sure you check out the rest of the articles on our home page.

They’re a fantastic way to make sure you get the most from our time together.

See you at the Summit!